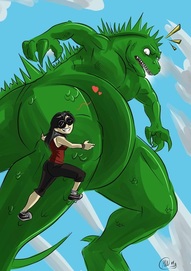 Salome Claims Godzilla
(c) Mistiqarts
Salome Wilde is the author of erotica, literary exotica, and queer romance. She dallies in genres from Southern Gothic to hard-boiled/noir and across the orientation and gender spectrum. Alone and with co-author Talon Rihai, she works to harness the beauty of language to invoke the power of desire.

"[One] of today's best and brightest erotica writers."
-Rob Rosen

"She is freakin' awesome, and I love her 'no fear' writing."
-Rose Caraway

"Salome Wilde is one of those writers I automatically jump to when I find out she’s in an anthology. [S]he can write about anything and make it hot."
-Malin James

Salome interview on Rose Caraway's "Inside the Erotica Author's Studio" 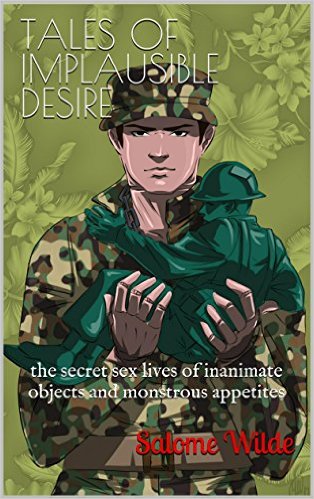 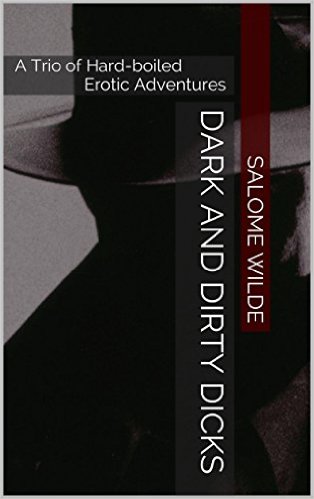 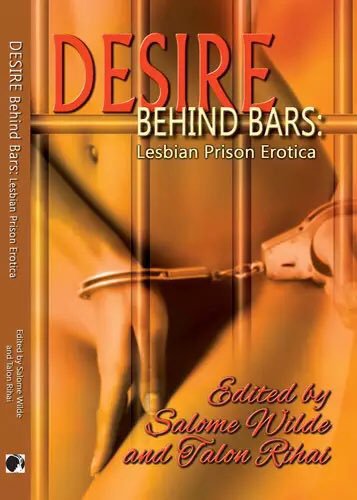 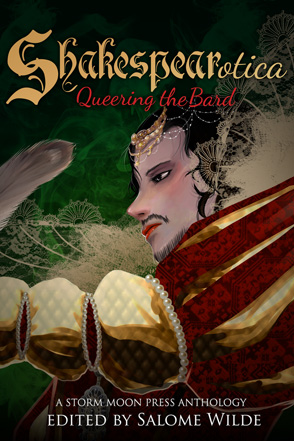 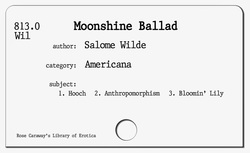 "The Good, the Bad, and the Ojete, or A Fistful of Huevos." Cowboy Roundup. Ed. Drew Hunt. JMS Books, 2015.  [MMM, spaghetti western homage]